Lioness Catches A Baby Baboon But Does The Unexpected - Jolly Ray 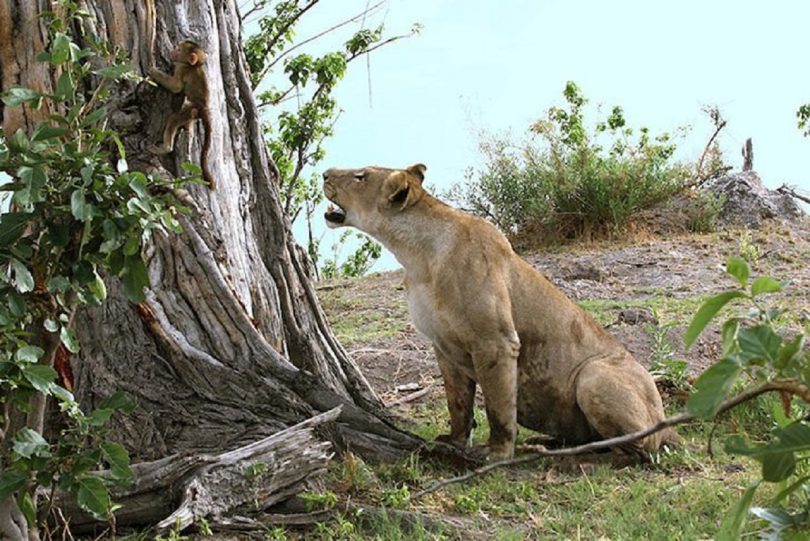 Nature can be beautiful and cruel at the same time. When a hungry lioness catches a baby baboon, it seemed like an ordinary day on the African Savannah. But what happens next between these two will certainly surprise you.

When photographers Evan Schiller and Lisa Holzwarth were on safari at Selinda Camp in northern Botswana, they witnessed a very special encounter between two wild animals. During a ride across the savannah, they encounter a large group of baboons. Lisa tells National Geographic:

It was a mad scene. The animals were clearly afraid of something and fled in all directions. The baboons screeched into the trees. Then the photographers saw clearly what was going on. Two large lionesses ran out of the tall grass and stormed the group of baboons.

In the chaos, a lioness managed to catch a baboon, but this baboon was not alone, she had a very young baby baboon on her back. The mother did not survive the attack and the baby let go of his mother. From this moment on Schiller and Holzwarth photograph the hunt.

The impressive photos can be found on the following page:

email
Page 1 of 2 Prev Next