11 Surprising Uses Of Listerine Other Than Mouthwash - Jolly Ray 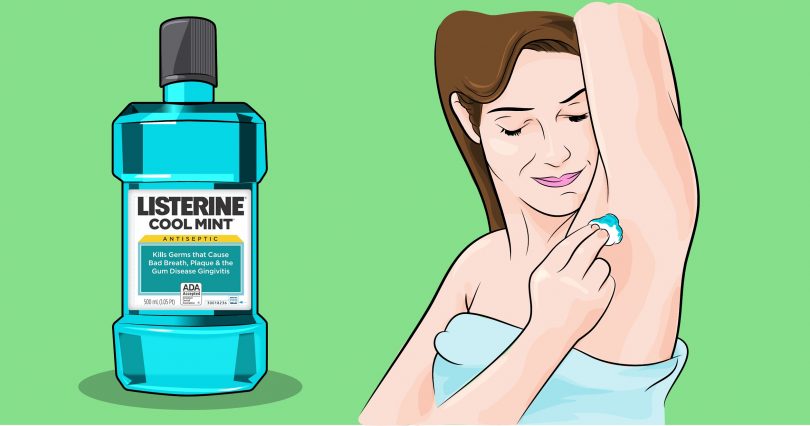 Listerine mouthwash is something that is usually found in everybody’s bathroom, but you probably only use it for what it’s commonly known for. But did you know Listerine was originally developed as a surgical antiseptic and, historically, has been used for all sorts of things?

It wasn’t until 1914 that Listerine was marketed as a mouthwash. Listerine provides alternative uses ranging anywhere from the application on the body to functioning as a detergent or flea repellent. Following are 11 awesome uses of Listerine:

If you’re ever in a pinch for deodorant, don’t go about your day feeling self-conscious! Well, Listerine is great for fighting underarm odours. Use a cotton ball to apply mouthwash on your armpit to use for deodorant.

As an antiseptic, Listerine can be used on parts of the body other than just the mouth. Listerine has powerful antiseptic properties, so it is a great product to use for fighting acne. The alcohol in the mouthwash cleans your pores and gets rid of bothersome acne. Soak a cotton ball in the mouthwash and dab it onto the skin. You should notice a difference within a couple of days. However, some dermatologists advise against this method, as it can dry out your skin too much. So, exercise caution with this one.

Continue reading on the next page:

email
Page 1 of 2 Prev Next